ISAF CONTINUES TO GROW IN ITS 23rd YEAR.

Despite the global contraction in the economy, the growth at the ISAF Exhibition held in October 2018 and the ISAF Exclusive Exhibition and Conference held in March 2019 showed that ISAF will also continue to grow significantly in 2019.

The increasement in  the number and quality of visitors in the last 2 organizations, has been more important than the increase in the Exhibition ground and the number of participants.

At ISAF 2018, more than 90% of positive comments regarding the increasement in the number and quality of visitors, were received from the exhibitors. It is already possible to anticipate that the exhibition of 2019 will also take place with a larger growth than the previous year.

It is expected that the 17% of increasement in the number of participants as of today, compared to the previous year, will be reflected to the number of visitors at the same rate. The comments received regarding the ongoing activities for visitors and exhibition invitations also indicate that the ISAF will be great in 2019.

We invite all the sector representatives to take part at the ISAF, where the most important commercial activities of the sector will take place, and recommend their participation.

ISAF, which is the most accurate address for doing business in the sector, will be the meeting point for all the sections of entire sector and all the stakeholders, on 17-20 October 2019.

Previous WHAT TO CONSIDER WHEN MAINTAINING THE SECURITY OF YOUR NETWORK?
Next WHAT ARE COMMON IOT SECURITY ISSUES AND THEIR SOLUTIONS? 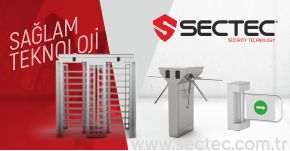