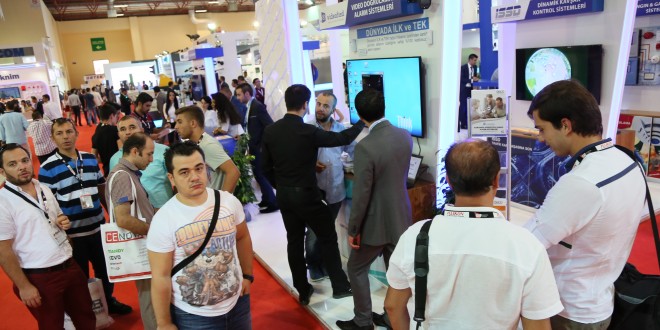 Having been founded in 1999 and attaining record growth in the industry of exhibition organization since then, Marmara Fair Organization has set a growth target of 20% for the International ISAF Exhibitions as for all the exhibition organizations it will carry out in 2016. As also indicated by the growth figures which were attained in the previous years and became stable, similar successful growth rates will be reached in the organization of the International ISAF Exhibitions 2016 in terms of both the number of exhibitors and net exhibition area and the number of visitors.

( For the growth stats of ISAF, please click here.)

As a result of project designing meetings intensely carried out through October, the International ISAF Exhibitions presented with their new image and content are expected to attract great attention from the industry in 2016 just like the previous years. Particularly when it is considered that 90% of the exhibitors of the year 2015, who have been met initially as a part of the first phase meetings, have demanded to maintain and extend their places, the accomplishment of the growth target of 20% set by the executive board for this year is already foreseeable.

Previous ISAF: READY TO MAKE DIFFERENCE WITH ITS NEW THEME and CONCEPT
Next 2016 EXHIBITION THEME: “INDUSTRY 4.0” and “INTERNET of THINGS”