IN ISAF, WHICH HAS BEEN ORGANIZED 24 TIMES IN THE PAST 21 YEARS, THE MAIN TARGET FOR THIS YEAR, ONCE AGAIN IS “GROWTH”…!

ISAF 2019 will Take Place in October 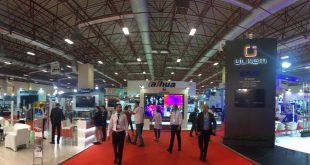 ISAF EXHIBITIONS TOGETHER AGAIN AND MORE POWERFUL ONCE AGAIN!

ISAF, which is the only unrivaled event of the sectors it contains, as the largest sectoral gathering in Southeast Europe and the second largest sector in the Middle East and North Africa being prepared for gathering together all the sector representatives for 25th times at October 14th-17th.

ISAF, one of the most well-known global sector exhibition exhibitions, well known by international sector representatives, has grown significantly every year since start-up date and has reached over 20,000 sqm.

The current structure of ISAF is formed within the new projects that are redesigned at 2012 and constituted to include 5 main sectors as follows:

ISAF, which covers 5 sectors that are directly connected and inseparable, is enriching and growing each year in terms of both exhibitor and visitor diversity. ISAF experienced significant increases in the number of participants, area size and number of visitors each year and hosted 18,320 visitors in 2019 organization. ISAF exhibitors reported very positive feedbacks after the exhibition, due to the quality of visitors, which consisted of over 95% of direct and professional visitors.

The main target of ISAF 2021 is mostly focused on to preserve and enrich the quality of visitors. The other focus is to have more foreigner visitors by expanding and deepening the working area of international department.